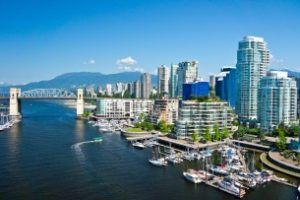 With fewer than 100 days to go before the lunch of Canada’s hotly-anticipated infused cannabis market, British Columbia’s government-run wholesaler has yet to issue a call for any new products.

The BC Liquor Distribution Branch (LDB) – the monopoly wholesale distributor of nonmedical cannabis in the province – said on July 9 it did not have a product call open, but plans are in the works.

“We are planning to have one in the near future,” a spokesperson told Marijuana Business Daily.

The LDB is responsible for procuring products for private- and government-run stores and British Columbia’s sole online sales channel.

“The product call will be for all the new categories that will be legalized this October including edibles, extracts and topicals,” the spokesperson said.

So far the province has issued licenses for 40 cannabis retail stores. Twenty-five more have conditional approvals. Another 362 applications have been referred to local government or First Nation for further consideration.

Ontario got a head start on rival wholesalers, including British Columbia’s, when it issued a product call for new categories one month ago.

Retailers in provinces with proactive wholesalers may see an advantage if a supply shortage materializes when the new products are introduced on the market.

Suppliers in that province were asked to respond through the provincial portal, doingbusinesswithocs.ca, by June 28. The deadline was not extended.

“Other markets have been more proactive on this front.

“(Licensed producers) are certainly ramping their product diversification with hopes to get into new markets quickly after the new laws come into place, with the hope that distributors catch up to their R&D and consumer demand,” he said.

Experts do not foresee infused cannabis products to be widely available in Canada until 2020.

That’s mostly due to logistical challenges and regulatory hurdles at the provincial and federal levels.

“Processors cannot provide Health Canada with the 60 day notice of their intention to sell new products until Oct. 17, so B.C. would still have two months to do it’s product call after knowing what products processors plan to make available.”

Recently the B.C. wholesaler also warned businesses and consumers against expecting legal seedlings to be available any time soon.

The LDB said it had neither immediate plans nor the ability to distribute those products to retailers.